The treaded plateaus in fat loss. The scale is going down, and you’re doing great. All of a sudden, the numbers aren’t moving or 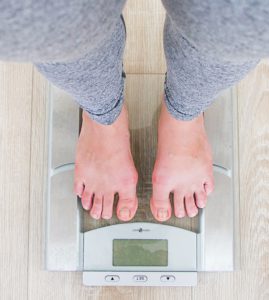 have slowed greatly, have you plateaued?

Don’t freak out. There is a decent chance you are overthinking and overstressing this and that is because there is a very simple 3 step process we can use to assess and break these “plateaus”.

Step #1: Are You Really In a Plateau?

Did the scale not move for a week? Or even for 2 weeks? If this is the case, you should feel as relieved as a living turkey after Thanksgiving (although even if you’re actually plateaued there’s no need to get stressed, because the world isn’t ending).

Why should you feel relieved? You have no idea if you are in a plateau or not. You’re stressing about something that you have no good reason to believe is true.

Just because the scale didn’t move for a week, doesn’t mean your body had adapted so much that you won’t lose fat until you change something. You may have lost a pound of fat, but retained and an extra pound of water for some reason, and the scale would read the exact same number. This is a totally logical explanation for a lack of scale change in 1-2 weeks.

Have you “plateaued” or noticed a significant decline in your rate of fat loss, for more than 3 weeks? Well, maybe your body has adapted and maybe you do need to change things up. But before we make this determination, we need to ask ourselves if we can pinpoint a specific reason outside of our body adapting for why the scale hasn’t moved in the last little bit.

Have you been consistent with your nutrition? Remember, if you’re eating in a weekly calorie deficit of 3500 calories, for example, but a couple of weekends you went over on the calories by a thousand or two, that calorie deficit can get chipped away at really quickly.

Has your activity gone down significantly?

Have you been enduring lots of stress in your life? That could lead to some longer-term water retention (longer-term relative to the situation, meaning greater than just a week or two).

If you honestly can not think of anything, then maybe you are in a plateau, or your body has adapted to a point where the rate of fat loss is at a point where adjustments are logical. What do we do now? 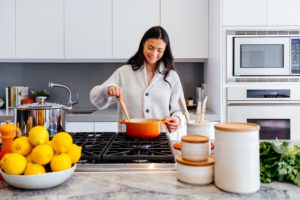 If this is your scenario, we aren’t going to change a thing. Just be consistent with executing your plan for fat loss, ensure you are executing it properly, and re-assess the situation in a week or two. Decent chance things work themselves out.

If the scale hasn’t gone down or progress has significantly slowed for 3 or 4 weeks and there is no good reason for that to be the case other than your body has adapted to the weight loss, we will consider some adjustments to see if we can get things going again.

We won’t just slash your calories in half because that’s not sustainable and will do more harm than good.

But there are some considerations we can implement to adjust our energy balance so that we are in enough of a deficit to get back on track. By energy balance, I mean getting us in a position where we are consuming fewer calories than we burn since. This is because if we are in a plateau, by definition, we would be consuming about the same as we burn, or more if our weight has been increasing. 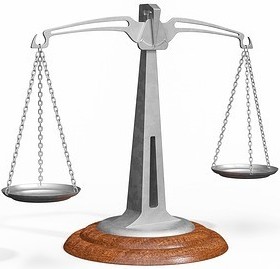 While we aren’t 100% sure, we have a good idea that we are in a plateau or a significant slow in fat loss. If we implement these 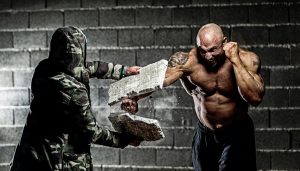 recommendations and they work, we can be confident that this was the case.

So, how do we tip the energy balance scale to a point where we are consuming fewer calories than we are burning/expending?

Let’s say we are burning 2500 calories each day and consuming 2300 calories per day. While this will still yield fat loss theoretically, it may not be enough to notice a change. So we can consider lowering our calories slightly to anywhere from 2000 to 2200.

Lowering energy intake is one way to tip the energy balance scale to a deficit.

Maybe we have already had to lower our calories significantly throughout this process. You may be starting to feel more hunger/too much hunger, you may be feeling more tired than you should be or noticed your performance in the gym has dropped significantly.

These can be signs that our calories are at a point where we don’t want to lower them more. So instead of cutting calories down, we can increase energy expenditure to tip the calorie balance scale to the deficit we need. 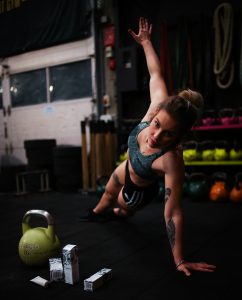 Unless you cut your calories by a ton at the start, it is unlikely that a plateau just hit you in the face. What I mean by this is if you’re losing a pound a week or so, it is doubtful that one week you just stopped losing weight for a month for no reason. That would imply your maintenance calories or energy expenditure randomly dropped by 500 calories, which doesn’t just happen out of the blue. 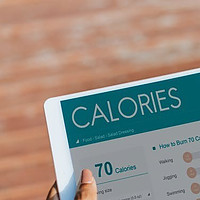 Here are some considerations:

Are you tracking your food properly?

Are you practicing the principles of proper weigh-ins? These are, weighing yourself with as minimal clothes on as possible, after you use the washroom, and after you wake up in the morning, and being consistent with these methods.

These are things that can give an appearance that is different from what’s actually going on. So if you were eating 2500 calories when you are instead only tracking 2000, you think you are in a deficit but you aren’t. Or if you weigh yourself at different times throughout the day, the scale might be fluctuating and showing an average 0 change in weight loss, simply because of water weight due to you not consistently executing the principles of weigh-ins.

Since straight up plateaus are unlikely, what can happen is a noticeable reduction in fat loss. Maybe you were losing 1 pound per week, and have transitioned to only half a pound, and have stayed there for 3 or 4 weeks without a reasonable explanation. This can be due to your metabolism (energy expenditure) adjusting to the weight you have dropped.

This is natural. We only want to be losing about half a percent to 1 percent of our bodyweight per week typically (maybe a bit more if you are a higher body fat percentage, like 25% or more). But if you are dropping below that, then this is where the lowering of calories or an increase in exercise is most applicable.

I went over these explainable reasons earlier in the article. 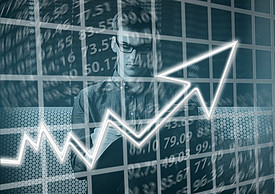 My intention with this article was to provide you with some insight as to why the scale may be in a plateau, or your progress is slowing down to a point that isn’t ideal.

If you feel I have accomplished this, give this article a share on social media so others who may have this same problem can benefit the same way you did.

Do you have questions that I did not address in the text? Leave them in the comment section. Or, just let me know what you thought since comments support me and this website tremendously by boosting results in the Google search rankings!

Thank you for reading and have a great rest of your day everybody!

Please refer to my liability disclaimer to ensure you know who is responsible for use of this information after reading.

Support is much appreciated if you benefited from this: